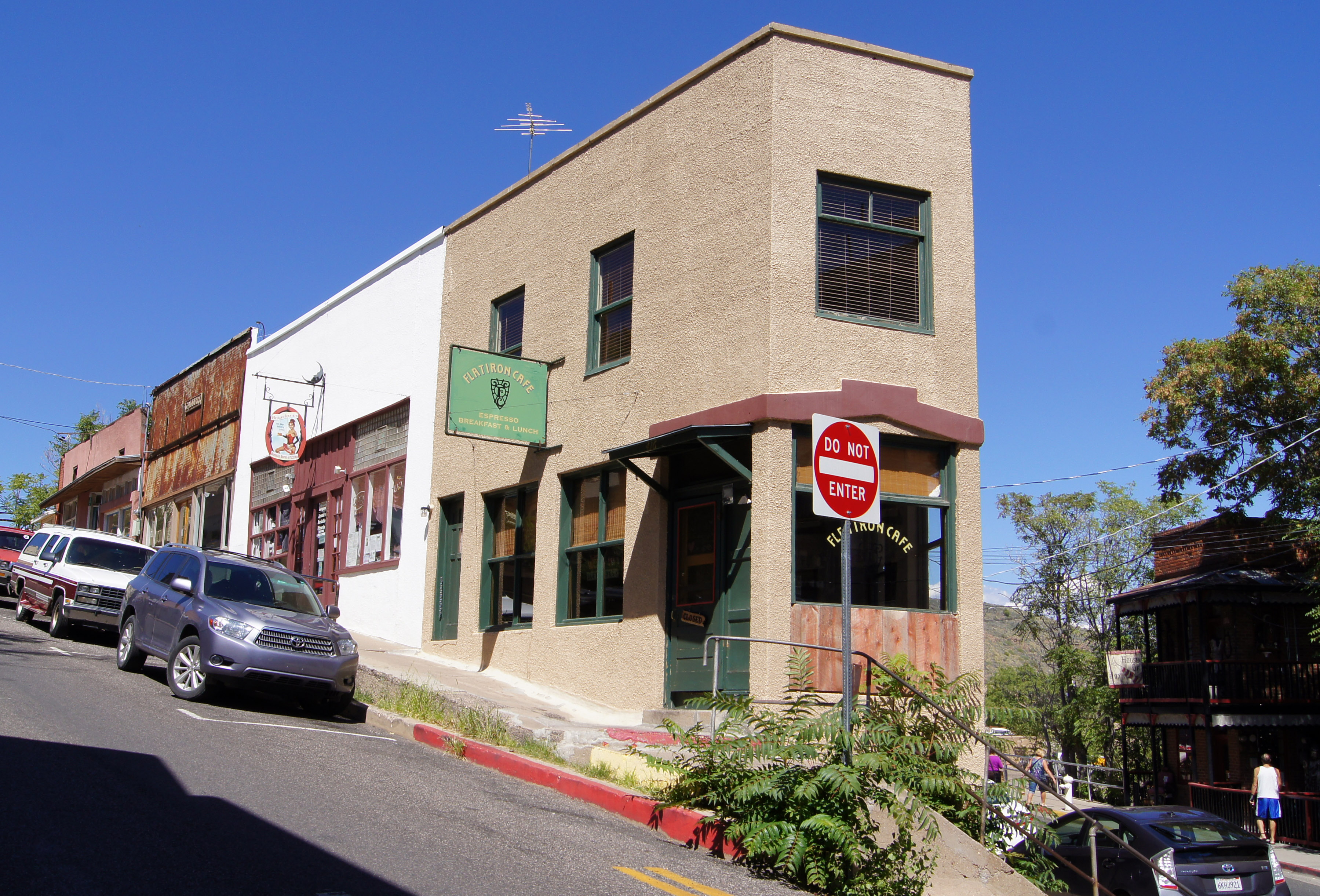 Jerome Arizona’s colorful history began in the 1880’s when miners discovered rich ore deposits of copper, gold and silver. Hundreds of millions of dollars of copper ore was mined over a 70 year period which ended in 1953 when the mines closed.
Jerome’s population peaked at 15,000 in 1929 and was barely 50 in 1953 when it essentially became a ghost town with many buildings in a state of ruin.

Over the years the mines stripped Jerome of millions of tons of copper, silver and gold, and other minerals. An underground blast in 1938 rocked the town’s foundation, and Jerome’s business district slid down the hill, including the city jail, which slipped 225 feet. Some of the remains of these casualties can still be seen today. The accident is believed to have contributed to the close of the Little Daisy Mine.

An excellent portrayal of the towns history can be experienced at the Jerome State Historic Park which was once the home of James Douglas owner of the Daisy Mine.
Exhibits highlight the history and geology of the area and, most especially, Jerome’s mining activities in models, maps and photographs. The Douglas Mansion is a good first stop on any visit to Jerome. It plays an entertaining and informative video of Jerome’s history, and the grounds provide a spectacular overview of the town on one side and the Verde Valley and many scenic vistas on the other.