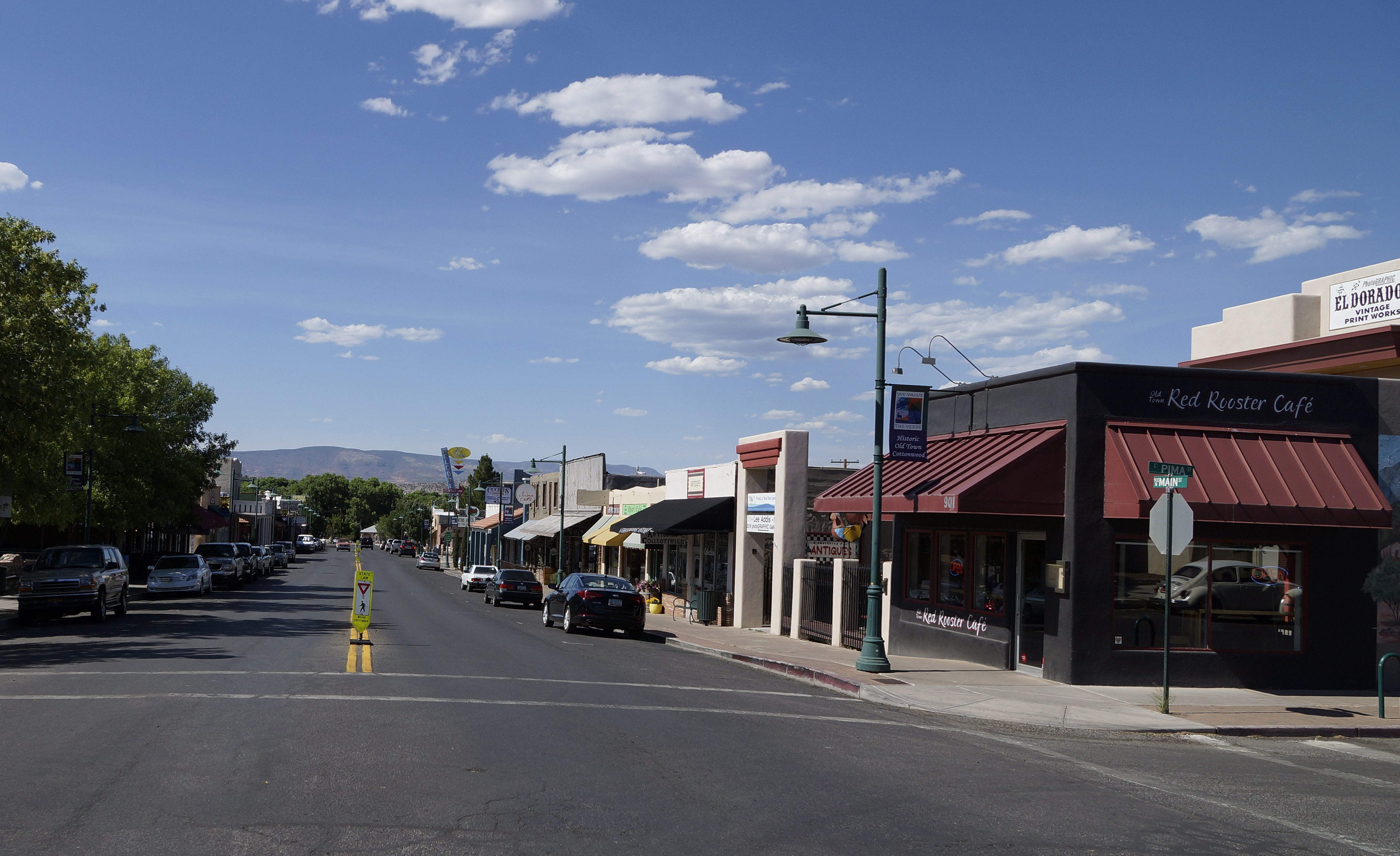 Cottonwood, with a population of about 12,000, is located on the Verde River at the intersections of Arizona SR 89A and SR 260, midway between Sedona and Camp Verde. The community sits at an elevation of 3,300 feet in the shadows of the Black Mountains which peak at 7,840 feet.

Daily temperature high’s average from the upper 50’s in the winter to the upper 90’s in the Summer. Nightime lows average about 30 degrees cooler than the daily high.

Cottonwood is the hub of the Verde Valley functioning as the thriving commercial center for the region. Retail establishments, national chains, and local companies provide services and supplies. Hospital, specialized medical facilities and professional services are available.

Old Town Cottonwood with its historic main street has nearly three dozen buildings that date back to prohibition era of the 1920’s and 30’s.

Cottonwood and the rest of the Verde Valley have long been home to Native Americans, particularly the Sinagua and later the Yavapai and Apache. “The Cottonwoods” originated as a campground and stopover for travelers near one of the three main crossings of the Verde River. In the 1870s, a few hearty settlers began to sink more permanent roots.

Originally the area was a farming community supplying goods to the soldiers of Camp Verde and later to the miners in Jerome. The town developed a mercantile trade as mining activity in Jerome flourished. More businesses sprang up as Cottonwood evolved into the commercial hub of the Verde Valley.

Old Town Cottonwood is on the National Register of Historic Places and is a must to visit.