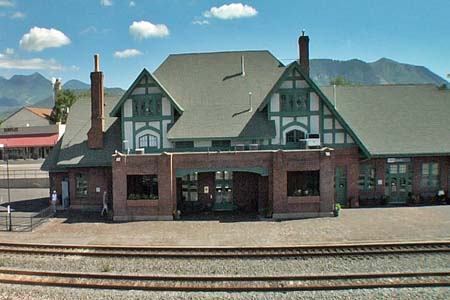 The first Flagstaff settlers were a small group of sheep ranchers that arrived in the 1870’s.
The early pioneers were very isolated from the rest of the country until the Atlantic and Pacific Railroad began to lay tracks westward from Albuquerque in 1880. Flagstaff became a small settlement with a variety of merchants supplying the needs of the railroad workers.
By 1883 Flagstaff was firmly established with a railroad, livestock and lumber industries and numerous businesses including cafes, hotels, saloons serving sheepherders, cowboys, lumberjacks and train travelers.
By the 1890’s, flagstaff’s population was 1,500 and had become one of the largest towns in the Arizona territory.

For more history, refer to the website listed on this page.