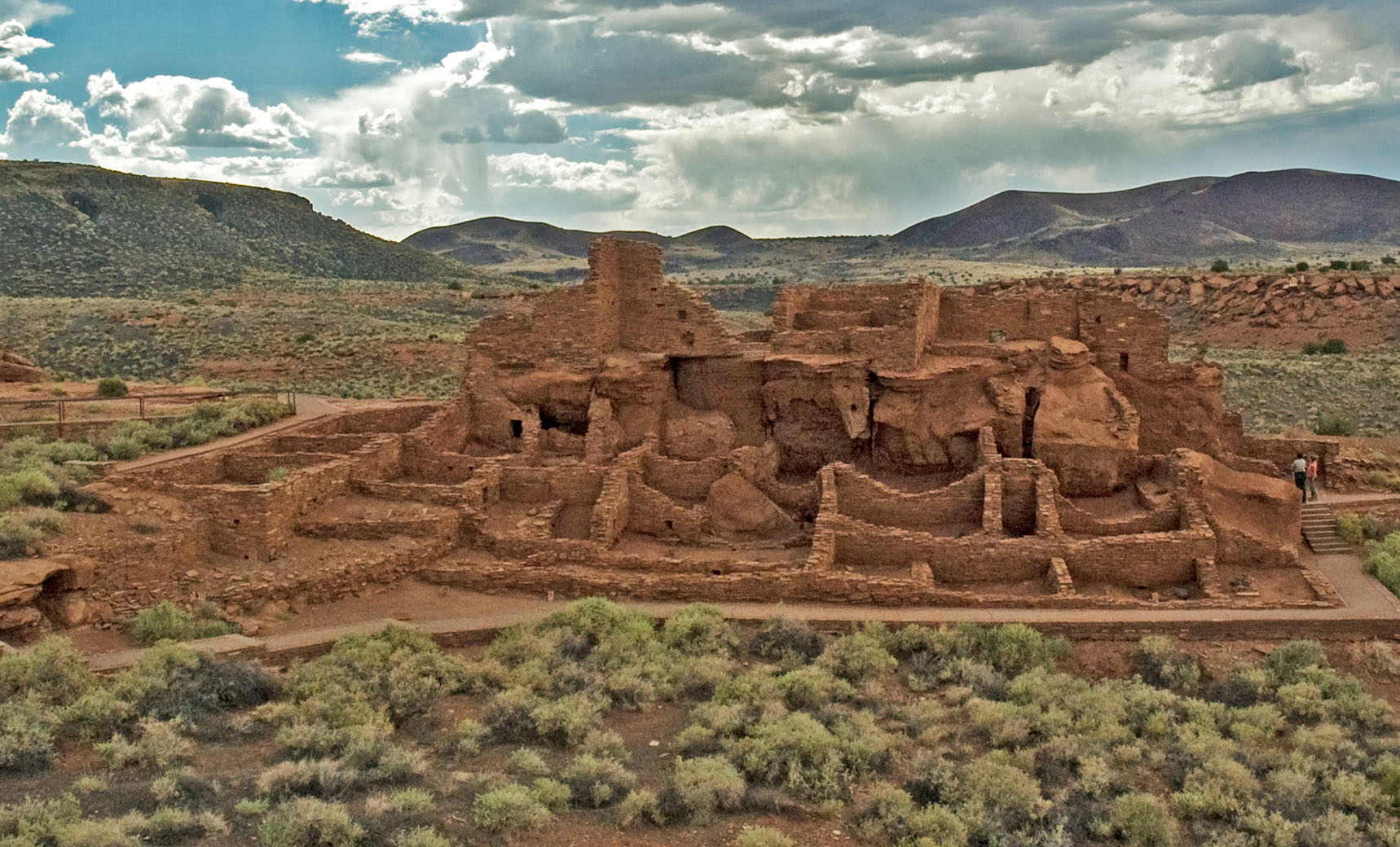 Wupatki National Monument is among the largest Pueblos on the Colorado Plateau. The dwelling was home to up to 100 people when Wupatki was as a cultural center.

For its time and place, there was no other pueblo like Wupatki. Less than 800 years ago, it was the tallest, largest, and perhaps the richest and most influential pueblo around, and was built in one of the lowest, warmest, and driest places on the Colorado Plateau.

For a time, in the 1100s, this landscape was densely populated. The eruption of nearby Sunset Crater Volcano a century earlier probably played a part. Families that lost their homes to ash and lava had to move. They discovered that the cinders blanketing lands to the north could hold moisture needed for crops.

As the new agricultural community spread, small scattered homes were replaced by a few large pueblos, each surrounded by many smaller pueblos and pit houses. Trade networks expanded, bringing exotic items like turquoise, shell jewelry, copper bells, and parrots. Wupatki flourished as a meeting place of different cultures. Then, by about 1250, the people moved on.